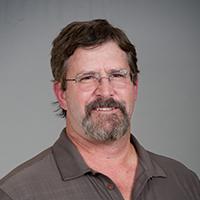 Dr. Bowers is a native of Las Vegas, Nevada. He received his Bachelor’s Degree from the University of Southern California. He then attended medical school at the University of Nevada, Reno. His Internal Medicine Residency was performed at Cedars-Sinai Medical Center. Dr. Bowers’ Cardiology Fellowship was done at UCLA. He then went to the Texas Heart Institute in Houston, and finished an Interventional Cardiology Fellowship. Among other appointments, he has served as the Chief of Internal Medicine at St. Rose Hospital. His major practice is General Cardiology, with emphasis on Coronary Intervention, such as angioplasty, and stenting.

He is also a Peripheral Vascular Specialist, performing abdominal aorta, renal and lower extremity angiography and angioplasty. Dr. Bowers spends most of his free time with his wife and two children, skiing and traveling. He is also an avid golfer.